Greetings, my INDIEcent brother and sisters! How. The Hell. Have. You. Been..?

Welcome to Episode #43 of INDIEcent Exposure. As you have probably noticed, this show has been on hiatus for a long bit over the Winter.

Editor’s Notes:
• This post contains affiliate links
• Musicians’ bio info comes from the artists, their websites, or their publicists. Click on names below to visit their websites where you can get the full story, photos, and very often video.

After you finish listening to the show, enjoy this short set Kendra Black performed exclusively for INDIEcent Exposure.

Photo by Jeremy Nelson; graphics by @laurasgraphicdesigner — aka Laura Luna.

A lot of reasons for that, but probably the biggest is an onslaught of debilitating depression that affected nearly every area of my life. And with depression came doubts. And with doubts came delays. And then dust began to settle. Which depressed the fuck out of me even more. I’ve successfully battled this demon for, God, decades, and it hasn’t been this bad since way back in some very dark times. And I know I’m not alone out there. So many of my friends, especially my creative, artistic friends, fight the same demon, and this pandemic has been emotional quicksand.

Immune is the marching band to either the apocalypse or redemption – take your pick.

To them it might be the same thing. As the Doomsday Clock ticks and tocks its way toward oblivion, they have chosen to abandon the path of least resistance in favor of authenticity and musical defiance. Calling the broken metropolis of Los Angeles home, Immune has performed at Ozzfest and Mayhem Festival and have had their music featured in numerous films and television shows. Currently hard at work on a new EP, they have recorded with legendary producers and engineers including Sylvia Massy (Tool, System of a Down) and Bryan Carlstrom (Alice in Chains, Social Distortion). 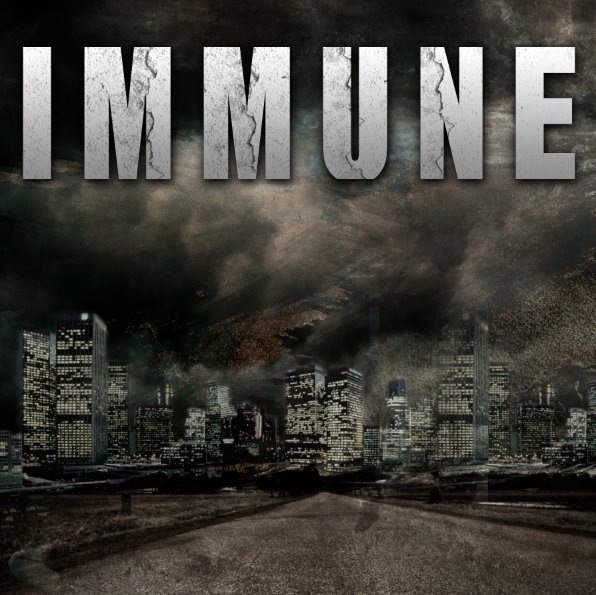 In an odd twist, it turns out that I owe a huge debt of thanks to today’s guest and featured artist, Kendra Black, for helping to pull me out of that quicksand. From the time we first talked, she’s been checking in on me, mainly to find out when the hell her episode was going to drop, but also, I sense, because she suspects some of the roadblocks I’ve been staring at getting the show back on line. Those regular check-ins have been like little bursts of light and warmth through a dingy window. I’m already lining up artists for the next episode, and am very gratified that so many of the bands and artists I love are starting to book dates again, and can’t wait to share with you all the Indie music news that comes my way. INDIEcent Exposure rides again, brothers and sisters.

The Tweed is a Moscow / LA rock duo. The band was formed in 2009 by lead singer and guitarist Greg Pekk and drummer Matt Shepard, and was initially intended as a quintet. However, after a long hard search and some member changes The Tweed became a duo in May 2014.

In September 2016 The Tweed became a winner in the Unsigned Only 2016 competition. The band has been selected among over 6000 entries from over 100 countries by the judicial committee including The Killers and The Struts.


The Tweed garnered the attention of several media including MusicTech, Niji Magazine and THICKK Magazine and was highly rated by such industry professionals and musicians as Rick Krim of Sony Music, Don Griffin of Village Studios, Haydn Bendall of Abbey Road Studios and guitar monsters Steve Stevens and Pete Thorn and more.


At the moment two band members are responsible for all phases of song creation (songwriting, arrangement, recording and mixing, production, release, promotion, etc.). So, The Tweed are constantly looking for a Team/Record Label ready to be involved in the creation of wonderful music. 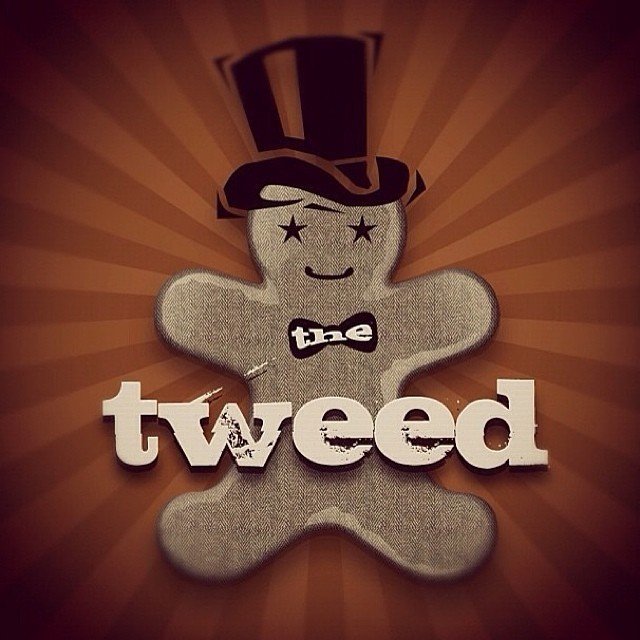 The Tweed; photo by Julia Bokeh.

Do you know anyone who struggles with depression? Call them. Make a date to go on a walk together, and then hold them to it. Send them a card for no reason at all. Your attentions won’t be a cure-all, but they can gift your friend some emotional breathing room.

Featured in this Episode

Love these tunes? Why not support the artists? Buy their music.

Sample the tracks and click the shopping cart at right when you’re ready to buy. Music may be offered via Apple Music, Amazon Music, or another vendor. The added bonus? We may get a small commission on purchases, so you’re supporting the show, too!

Turns out, this band is something of a mystery…Wish I could say more, but perhaps the music speaks for itself. 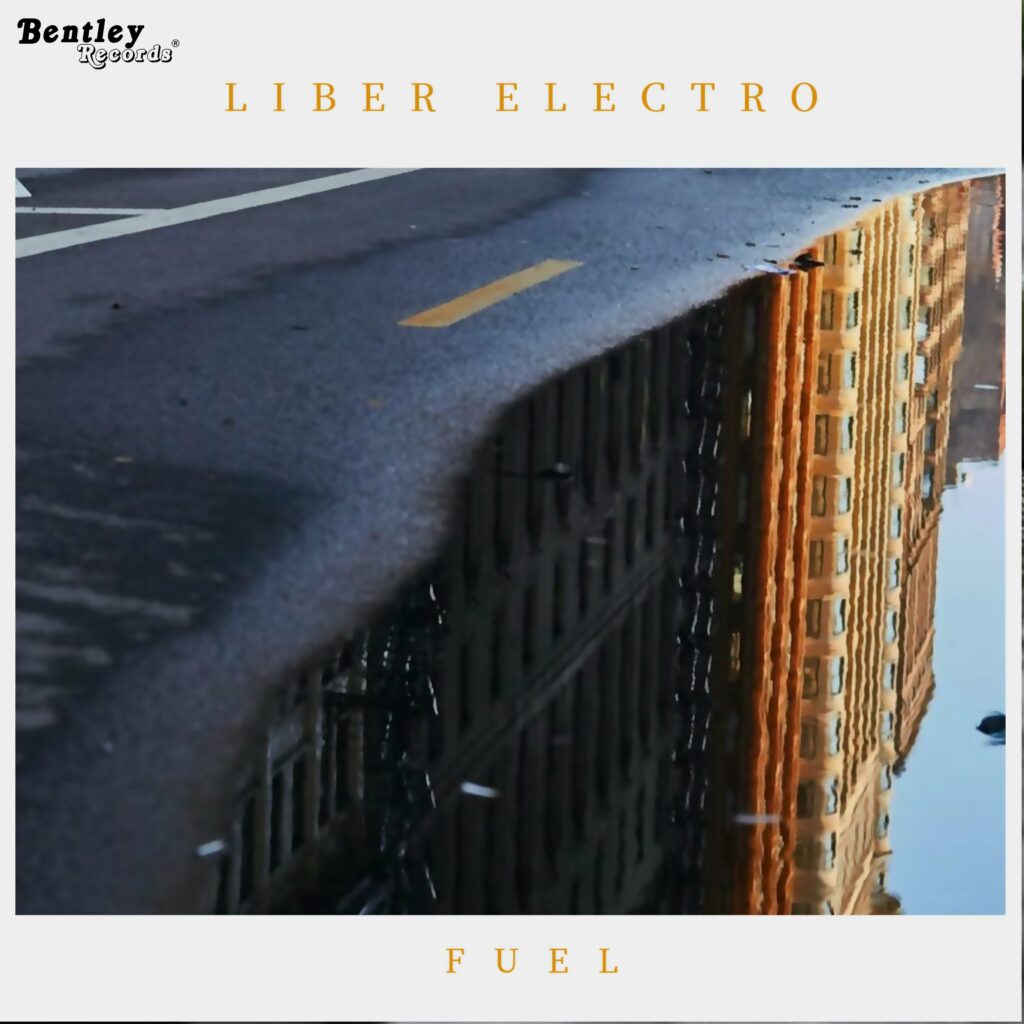 Are you stuck in that quicksand? Don’t let it pull you under. Remember that a lot of the things that would be most helpful are the things you’re least inclined to do right now. Force yourself to get outside and moving if you’re able, rain or shine. Pick one friend to meet for coffee, and during conversation, admit to them that you’ve been having a hard time and that it helps so much just to connect. Of course some people have absolutely no idea how to process heavy shit, so you may want to go easy on the details if you see them start to squirm, but that’s okay. You’re not just cluing them in — you’re acknowledging to yourself, in the moment, that you’re taking constructive action to combat this evil spirit and it feels good.

As seen in AXS, PopDust and AllAccess, NYC pop artist and DJ Kendra Black’s ever evolving sound blends Electronic music, Pop, and Rap. She has toured nationally and internationally and has collaborated with award winning artists and producers including rapper Spice 1 featured on her 2020 single HUSTLA and the renowned Snoop Dogg, featured on her album THE EDGE. Kendra Black’s single RUDE featuring Snoop is finding spins on Power 105, Hot 97 and 103.9 FM and its official music video has reached over 70.000 views and is available on VEVO, Youtube, Apple Music, and Amazon.


Moving to New York in 2012, Kendra performed in some of the most renowned venues in Manhattan and the boroughs, including Webster Hall, Highline Ballroom, Mercury Lounge, Chelsea Music Hall, and Knitting Factory, and has also opened for numerous personalities, among them producer/ DJ Ookay. In April 2018 she also won an award at the Richmond International Music and Film Festival while on her ‘Dangerless’ Spring Tour.


Kendra appeared in numerous roles in New York Film Academy productions, and on Nickelodeon TV Channel, and also comes from a professional ballet background. She graduated from the Kirov Academy of Ballet of Washington DC in 2012 at age 17 as the youngest of her class, and then moved to New York where he music career took flight. So far Kendra has performed in the US, France, Monte-Carlo, Italy, Egypt, and the Caribbean, and has trained with Justin Stoney, director of New York Vocal Coaching, A&R Meghan Cress at Voice Academy New York City, and Ilana Martin from Vocal Workouts Singing School. She also perfected her training with teachers from the Music Conservatory of Cannes in France, and from The Giuseppe Verdi Conservatory in Milan.


In late 2019 Kendra founded her music company and record label Emerald Sounds LLC, which is now also the brand name of her clothing line featuring The KB Sports Apparel, designed and launched by Kendra in October 2017. All clothing items have been designed by her in Italy, and produced in London. Black has also been represented by major brands such as ‘Guess’ and the Italian clothing line ‘Original Poncho’, and has been a brand ambassador for ‘Redd’ Energy bars . 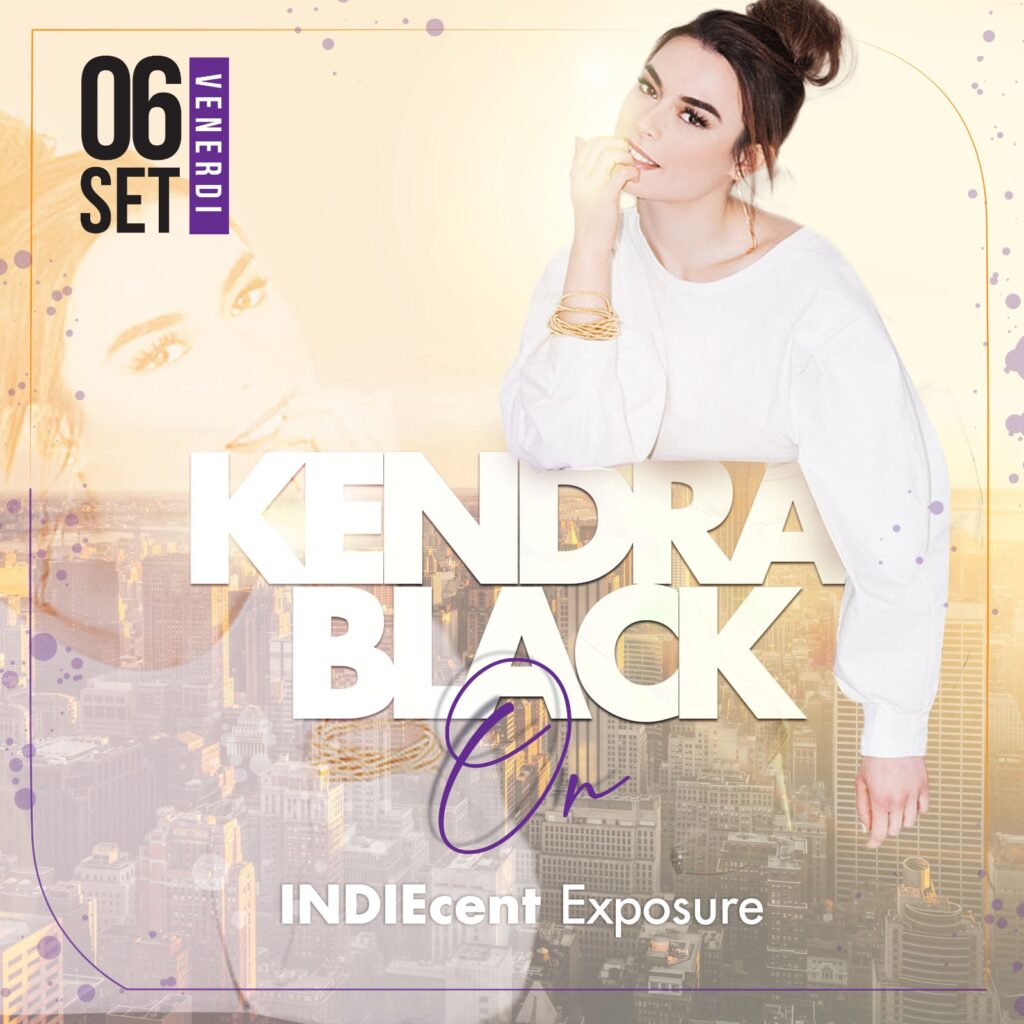 Of course, I’m no therapist, so if you find that your psyche is sinking, you may want to consider looking for a professional. And if you’re really dancing on the razor’s edge of the void, well, that’s what the National Suicide Prevention Lifeline is for: 800-273-8255 in the United States. And because I know that our listeners hail from all over the globe, I’ve provided a link in the shownotes to a Wikipedia entry that lists crisis lines for over five dozen other countries.

Alright, with that heavy Public Service Announcement out of the way, let’s talk about this episode.

“I started making music for fun in February of 2020 and come March I was so in love with the process that I decided to start recording songs in my bedroom. My music is a mix of Lofi HipHop/Pop and Emo Rap – I find that whatever I write comes out to be slightly melancholic regardless of how upbeat the instrumental may be.

My background has created a strange singing accent – I was born in Canada, raised in South Africa, moved to Australia in 2012 and I am of Asian descent, I wouldn’t say my diversity is a bad thing but it definitely hasn’t helped me fully “fit in” to one culture – but I am content with that.
I want to continue to figure out my sound and I hope that my EP will help me gauge what genre of music I should focus on.”
​ 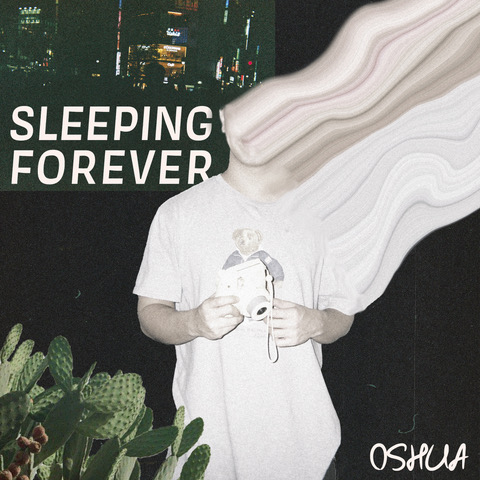 And that’s it, brothers and sisters! Until next time, thanks for listening. And remember: Live to Rock Another Day.

I have, as my special guest, rapper 2Toaster Los, who returns to North Philly and to

We speak with Phil Hawkins about his mammoth project getting an original, yet painstakingly faithful, Star